Edited: This morning I got one of the nastiest comments I’ve ever received while running this site for the past 9+ years (and considering there were two other comments this morning alone calling me a bitch and another one saying I should die, that’s saying something). To Sarah in Canada who thinks I should have… Read more

“He Is Obsessed With His Ex-Girlfriend’s Daughter”

I’m dating someone, “Ryan,” who was in a relationship for seven months with someone I knew. She had a son and a daughter. He pursued me after they had broken up which, from my understanding, was her idea. Since then, she found out he was talking to me and immediately got hateful. She and I… Read more 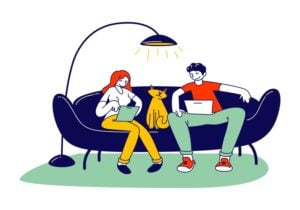 Over the years, I’ve shared 15 Things Couples Should Do Before Moving in Together, 17 things every couple must discuss before they get married, and 20 Things Everyone Should Do Before Having Kids. Today I have a new list for a new milestone many of us are experiencing – some for the first time ever… Read more

“Is It Wise To Leave My Husband Doing this Uncertain Time?”

My husband, “Joe,” and I have 2-1/2-year-old. Joe has changed her diaper twice – both times in the hospital. He has never bathed her or prepared her a meal, and he has only put her to bed a handful of times, after I’ve asked. He also does not do housework at all unless I get… Read more

Hello! I don’t even know what to say. This has been one of the strangest, scariest weeks ever and I know it’s just the tip of the iceberg. I hope all of you are safe and healthy and managing to handle these rapid changes with as much grace and patience and strength as you can… Read more