“My Mother Has Abandoned Our Relationship”

I grew up as an adopted member of a seemingly close family. In 2007, my mom left my then-17-year-old brother with her ex and moved in with a hermit in the mountains of Tennessee. (I was living in college dorms at the time.) The boyfriend won’t leave his house and won’t permit her to leave… Read more

“I’ve Been Dreaming Of a Voiceover Actress from My Childhood. Am I Out of My Mind?”

In the last five months, I’ve been having some very peculiar dreams about a famous voice actress I have idolized greatly since childhood. She’s done voiceovers for countless cartoons (both children and adult) since I was either in preschool or kindergarten way back in the late 1980s, and she will reprise her roles for both… Read more 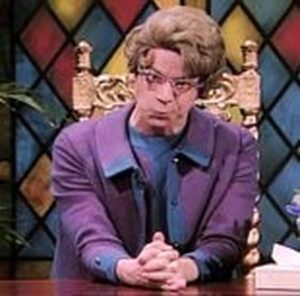 I am just wondering how I should handle my visit with our 47-year-old son, who is divorced and living with his 43-year-old, twice-divorced girlfriend. We have grandchildren aged 18-22 who have been raised to not live with a boyfriend/girlfriend before marriage. Our daughter, divorced, who would like to visit her brother and his girlfriend, has… Read more

“I’m a Afraid of Commitment. Should I Take a Pause From My Relationship?”

I’ve been with my girlfriend, “Angela,” for 23 months. We see each other three times a week and, like all couples, we have our differences, but I feel we are compatible. I love her, but I’m afraid of commitment and I’m over 45! We’ve met each other’s friends, but – and you will probably find… Read more

I grew up an independent fundamental Christian, where my dad did not allow the girls in my family to wear pants because he felt they were not modest and because the Bible says “a woman shall not wear that which pertaineth to a man.” As I grew older, I resented that rule so much because… Read more