Getting Personal: Recognizing a Kindred Spirit 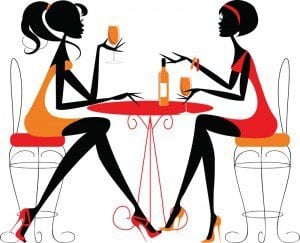 “The electricity of our ideas found its way out of our brains to connect in that kitchen and, purely platonically, we’d fallen in love.” The following essay on kindred friendship is a guest post written by Susie Petersiel Berg. I met Karen when she was designing the interior of my friend’s house in Washington, DC… Read more

“Should I Break Up With My Friend?”

My boyfriend and I broke up last summer after six years together. We were long distance the majority of it, so I don’t have the fear of running into him randomly. He was a real jerk — cheated then lied to me — and so I’ve cut him out of my life as much as… Read more

“I Don’t Want to Vacation with Our Frenemies”

My husband and I have a core group of friends which includes two sets of couples each with one child; let’s call them the “Johnsons” and the “Millers”. The Millers are awesome friends — my husband has known them forever and, when I started dating my husband, we got along really well. However, we’ve always… Read more

“My Friend is Homophobic”

While having lunch with my fishing buddy recently the subject of same sex marriage came up. I strongly support LGBT issues and was shocked when he responded with disdain of same sex marriage in particular and homosexuality in general. We’re both seniors and have enjoyed discussing our commonality and differences for several years. Homosexuality never… Read more

“My Best Friend’s Husband Came On to Me!”

At a party over the weekend, my best friend’s husband confessed to me that he wanted to have sex with me. We had been drinking pretty heavily, and he got explicit. At one point he even rubbed his erection on my hip. We are very good friends and so no one thought it was strange… Read more