From the Mailbag: “An Advice Column is Not the Place for Political Pontification”

I haven’t done a “From the Mailbag” post in a while and today I have not one but two letters from my inbox to share. Both writers take issue with the same column — “Where Can I Find a Decent, Much Younger Woman?” — and for the same reason: They argue that, as an advice… Read more

From the Mailbag: “You Can Decide How to React to What You Have”

Hi, Wendy, I notice that you get a lot of questions about the holidays, usually along the lines of my kids/in-laws/parents are RUINING Thanksgiving! Last November none of our kids could get home for T-giving. I was wrecked. It really, really hurt. We have four kids — three had to work and one had a… Read more

From the Mailbag: “Men Don’t Own Women’s Bodies!!”

Dear Wendy, You had a “Your Turn” column entitled “My Hot Wife Refuses to Dress Sexy.” Some of the responses were quite troublesome and irresponsible. I am the “wife” in a situation like this. My husband says I don’t dress up, I won’t have sex with other people while he watches, and I don’t care… Read more

From the Mailbag: “It’s Wrong to Go to a Wedding Without Your Significant Other” 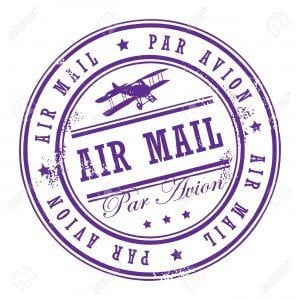 I just read your article from 2011, “I’m Pissed that My Boyfriend is Going to a Wedding Without Me,” and have no idea if your blog still exists, but if it does, I wonder if you would revisit this topic. You said that the boyfriend, who wasn’t granted a plus-one to a wedding he was… Read more

From the Mailbag: “Men are Pigs!”

It’s been a while since I posted one of these and this one is too good not to share: I read your advice about the jealous girl sick of her boyfriend watching movies etc. I completely disagree with you the movies are boast and mainly contain playboy models. Men are pigs who mentally cheat all… Read more