Five Years After the Proposal 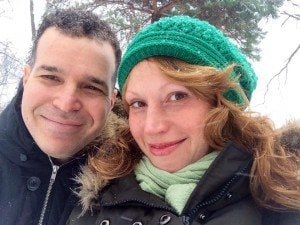 Five years ago today, Drew asked me to marry him. I’ve told the proposal story a bunch of times, but for those who can’t get enough (or, you know, haven’t heard it before): pre-Jackson, we always had a Friday evening tradition of meeting up after work and getting shit-faced at Happy Hour somewhere and then… Read more

DW Rant: I’m Tired of the Pornification of Marriage Proposals

The following DW Rant is a guest post from Dennis Hong. http://www.youtube.com/watch?v=d3qLrEipXeI Have you seen this heartwarming marriage proposal that made its rounds over the internet last week? In case you didn’t watch the video — because you’re at work… or have something better to do… or are an emotionless robot — basically, the boyfriend of… Read more

A Third of Married Women Secretly Disappointed With Their Proposal!

A recent study found that a third of married women were secretly disappointed by the way their partner proposed. Among the list of complaints they shared where: * The location wasn’t right * Not enough romance * It wasn’t a surprise * Wasn’t personalized enough * Didn’t love the ring. “Some said they would have… Read more

Poll: What Would You Do To Get Your Significant Other to Propose?

By now, many of you have read or heard about the woman who is making 300 sandwiches for her boyfriend to get him to propose to her. I’m sure her effort probably has as much, if not more, to do with gaining some publicity for her writing than getting a ring, but whatever. Good for… Read more

It’s time again for “Dear Wendy Updates,” a feature where people I’ve given advice to in the past let us know whether they followed the advice and how they’re doing now. Today, we hear from “Inconvenient Proposal” who was bothered that her fiancé, whose proposal she had just accepted, still let his mother pay his… Read more