Morning Quickies: “My Boyfriend Sexts Another Man He Says He’s in Love With”

I’m a gay man who’s been in a relationship with my boyfriend, “Tom” for five months. Recently I saw a text pop up on Tom’s iPad from a guy. I asked him who this guy was, and he said it was someone he had had a crush on for one and a half years. They… Read more

Afternoon Quickie: “Can I Suggest Games for My Baby Shower?” 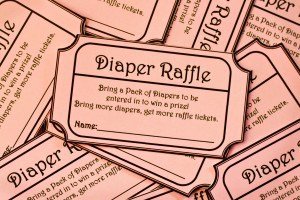 I am currently pregnant with my husband’s and my first baby. There is still plenty of time before I have a shower, but I can’t really stop myself from thinking about it. I read an idea online of a diaper raffle, which I would like to include. I also have reservations about some of the… Read more

Afternoon Quickie: “Should I Ask My Daughter’s Boyfriend if He’s Planning to Propose?”

It’s Donation Drive time again! For a few days, I’m encouraging readers to contribute and invest in the future of DW. Running this site isn’t free (it’s not even cheap) and your donation will help cover some of the costs, like a server upgrade that will accommodate DW’s growing traffic (and bandwidth needs), tech assistance… Read more